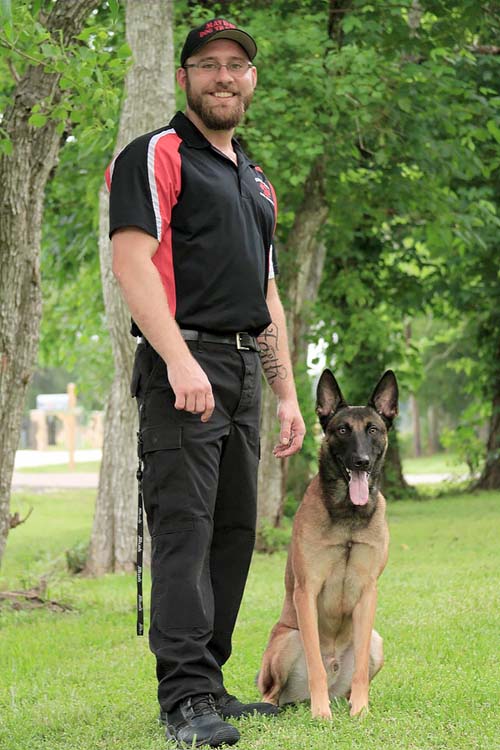 Since the time he trained his first dog at the young age of 14, Nick May has trained more than 2,000 dogs and taught their humans how to maintain the obedience through positive reinforcement.

As a Master Trainer, Nick learned from his father, who owns and operates the largest dog training school in Cincinnati, Ohio – American Success Dog Training Academy – and became co-owner. You can say dog training is in his blood.

He later returned home to the Katy area to start his own training school, Mayday Dog Training.

Formerly located in the suburban city of Katy – west of Houston – Nick relocated his home and operations to Fulshear, Texas at the beginning of 2018.

Being in the country with more land meant more room to train.

The training area was doubled in size and an addition of individual dog kennel rooms with air-conditioning and a fenced yard were added for those nice spring days and hot Texas summers.